How Can String Transport Help in Solving Global Problems Discussed by Scientists in 2021? 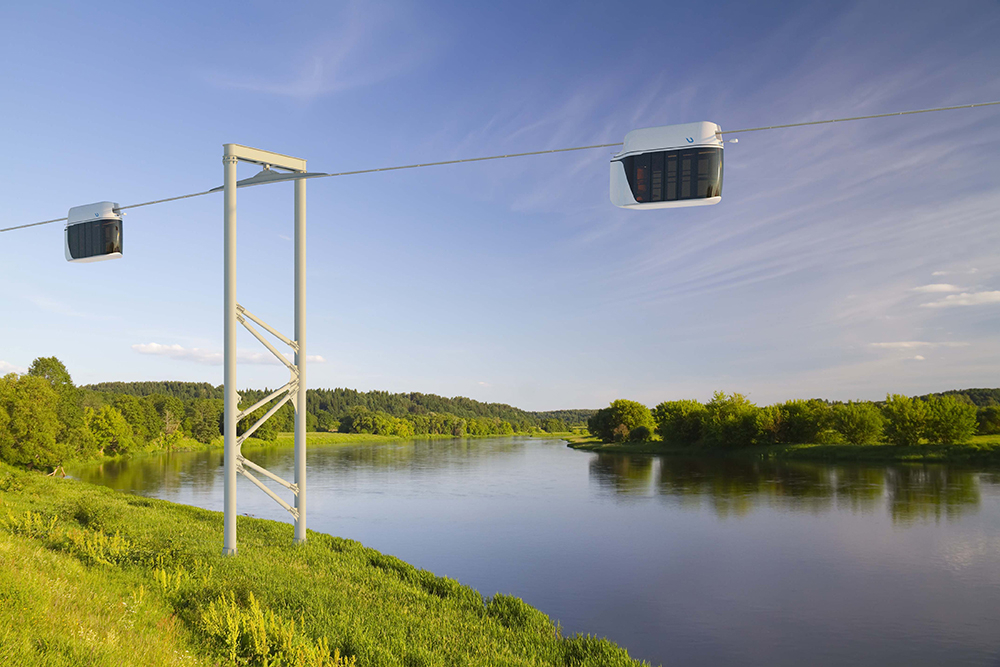 The year of 2022 has started. Sure, one can rejoice at a new page in the annals of human civilization that is becoming more and more perfect with every year. However, it is customary to review the results at the end of an outgoing year. And it is here that the conclusions are quite gloomy, when considering the situation on the planet through the prism of the modern transport industry development. For a number of years already, the climate change related trends have become more and more alarming. We hear still louder and clearer disappointing forecasts from scientists in regards to the future of the Earth. The problem of lacking place on the roads is becoming more acute. The past year was no exception. Let us recall the statements by experts in the field of transport that are associated with it in our memory.

Problems on the Roads Will Aggravate

However, the growth in the number of unsustainable transport leads to not only climatic issues. Currently, many large cities are literally suffocating in traffic jams. According to a research by transport industry experts, the majority of the world’s population will be concentrated in cities by 2030. By 2050, more than 80% of the population will be city dwellers. The process of urbanization is inextricably linked with motorization. Insufficient development of public passenger transport services results in an increased use of personal transport that takes up more and more space on the roads.

In July, the Russian Scientific Research Institute of Automobile Transport stated that motorization is closely related to a number of negative consequences, many of which are not assessed or considered by the authorities and the population. For example, transport delays lead to congestions and total annual losses equal to 7-9% of GDP. Emissions of harmful pollutants result in an increased morbidity and premature mortality, which costs GDP about 2%. The pace of solving transport problems in the world is currently insufficient. Many of the problems are latent and produce an indirect negative effect. The study notes that the 10 largest cities in Russia were included in the world’s top 100 cities in terms of a congestion index. Moreover, Moscow took the 1st place in this rating. Another negative factor caused by motorization is a serious increase in the number of road traffic accidents.

The transport industry experts point that in recent years, the priorities of the world's transport policy have undergone a significant transformation. Previously, the emphasis was on the road traffic and road infrastructure development. Now, it has become obvious that it is simply impossible to expand roads indefinitely. Indeed, as the number of road areas increases, so does the number of cars.

The aggravated situation with congestions and increased travel time is familiar to most countries. For instance, in Israel, according to the Waze navigation application, the number of travels increased by an average of 23%. Where previously it was possible to see rush hours only in the mornings and evenings, today it continues throughout the day, and ends late at night.

Traffic jam problems are forcing the authorities in different countries to take drastic measures. In some places, they limit an entrance to the city center. In other cases, registration of new cars is completely prohibited. For instance, in Russia, the recently approved transport strategy provides for a limited use of private automobiles. Moreover, this option is considered as “no alternative”. The authors of the strategy state that motor vehicles account for 61% transport-emitted pollutants. The car fleet renewal will not solve the problem, since 82% of emissions come from abrasion of the road surface and car parts.

Yet, are prohibitions the best way to solve the problem? Wouldn’t it be better to start implementing alternative systems? Can’t string transport be able to cope with this task? The potential of Unitsky String Technologies Inc. is significantly higher than that in any of the existing transport systems. The second level of accommodation allows you to forget about traffic jams and accidents, and the anti-derailment system increases road safety unprecedentedly.

String transport is able also to help significantly in solving environmental problems. It is already clear that there is an urgent need to start cutting carbon emissions. The alternative are severe fires, hurricanes, droughts and floods that the Earth will face by the end of the century. Conventional transport means account for a significant share of harmful emissions into the atmosphere. The world exercises different approaches to solving this problem. Yet, string transport is considered more frequently as a reply to this ecological challenge.

In terms of their environmental friendliness, efficiency and safety, Unitsky String Technologies Inc. transportation complexes are several times superior to all other known types of transport: car, airplane, railway train, monorail, cable car, magnetic and air cushion train. Environment-friendly string railways rest on the ground pointwise. This advantage is capable of returning to land users, within the 21st century, vast territories that are currently occupied by conventional transport communications. Vegetation will reappear on the areas that they occupy, annually replenishing the atmosphere with billion tons of life-giving oxygen and utilizing about the same amounts of CO2. The same land will allow annual production of about 1 billion tons of additional agricultural products. The intensity of the problem with environmental pollution will be significantly reduced. The future of our planet, too, will look more promising.