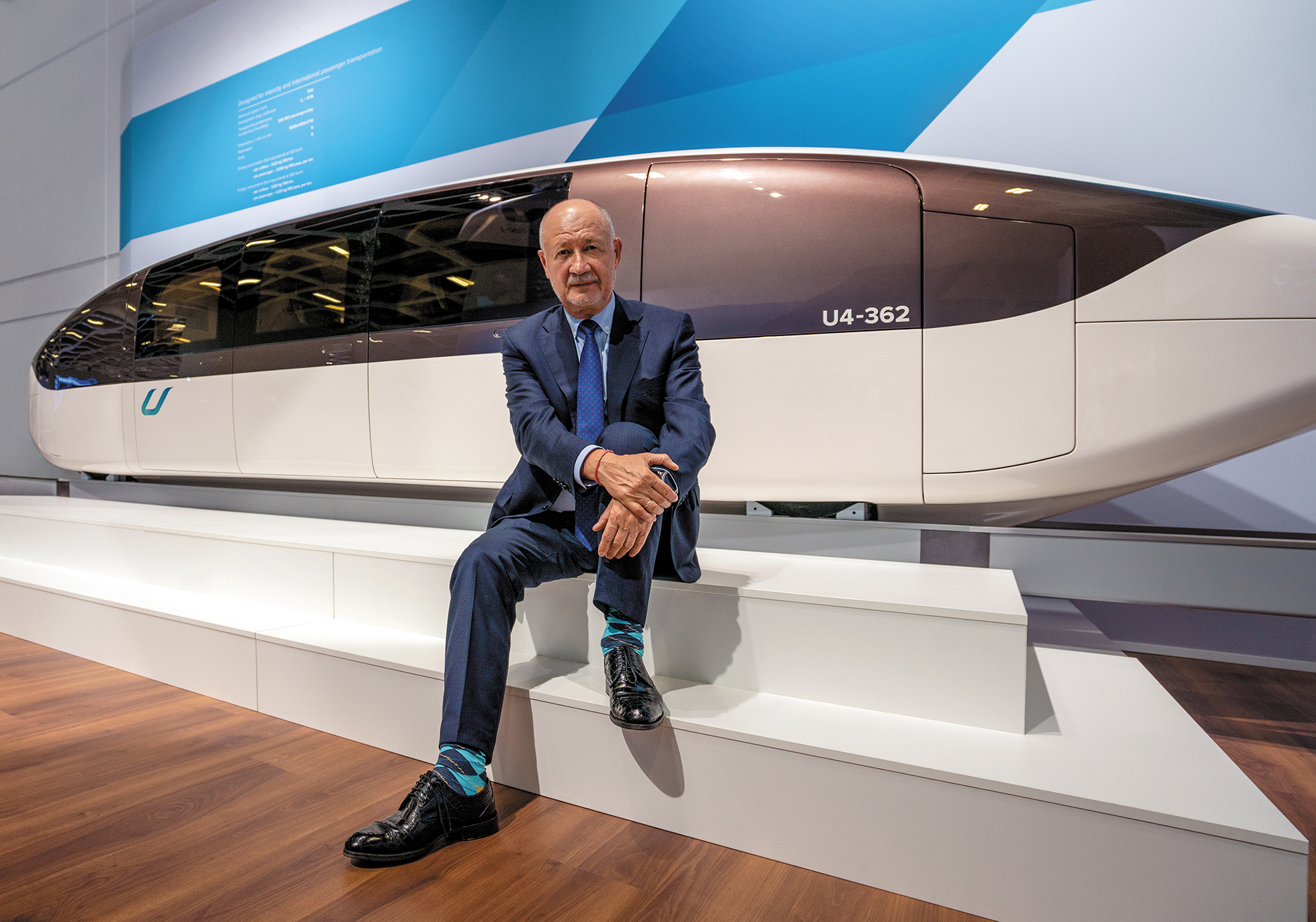 Foreign media have been interested in string transport for a long time now. After the announcement by the companies uSky and Unitsky String Technologies Inc. on October 28 about the transition from the development and production stage to the commercial implementation of the project, string transport became the focus of attention of English-speaking and Arab journalists.

As Construction Week pointed out, the first elevated string rail transport project implemented in the MENA region includes both passenger and freight transport options. The rolling stock includes unmanned electric rail vehicles – uCar passenger modules and uCont freight modules – designed to travel on a suspended string rail overpass at speeds of up to 150 km/h off the ground.

According to Logistics Middle East, uSky’s transport solutions are certified for transport infrastructure safety by TUV SW (Standardisation Certification), a provider of services in the area of certification, as well as quality, security, and sustainability solutions. 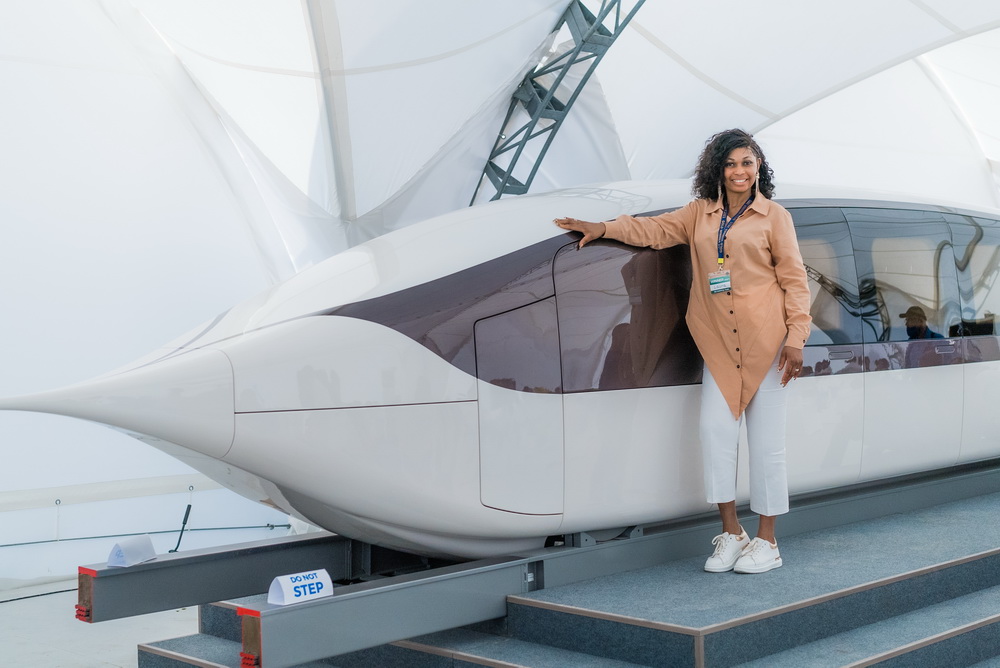 The Internet resource Sharjah 24 focuses on the fact that uSky technologies will be able to solve the problems of Sharjah's urban transport. During the media tour at the uSky Research and Development Center, the journalists were accompanied personally by Anatoli Unitsky, who informed the media about the details of the project and demonstrated the practical implementation of uSky transport.

As emphasized by ZAWYA, marking uSky’s first commercial project launch, the company has set plans to increase its portfolio to 10 projects by the end of 2022. Investment in the design, construction, and certification of uSky's urban transport and freight facilities in the UAE has already totalled more than US$14 million.

As Gulf Insider noticed, tailored to support both cargo and passenger logistics, uSky delivers high speeds and performance of transportation (up to 150kph and up to 50,000 passengers per hour) and can be established at a fraction of the cost to other solutions with a minimal ecological impact. 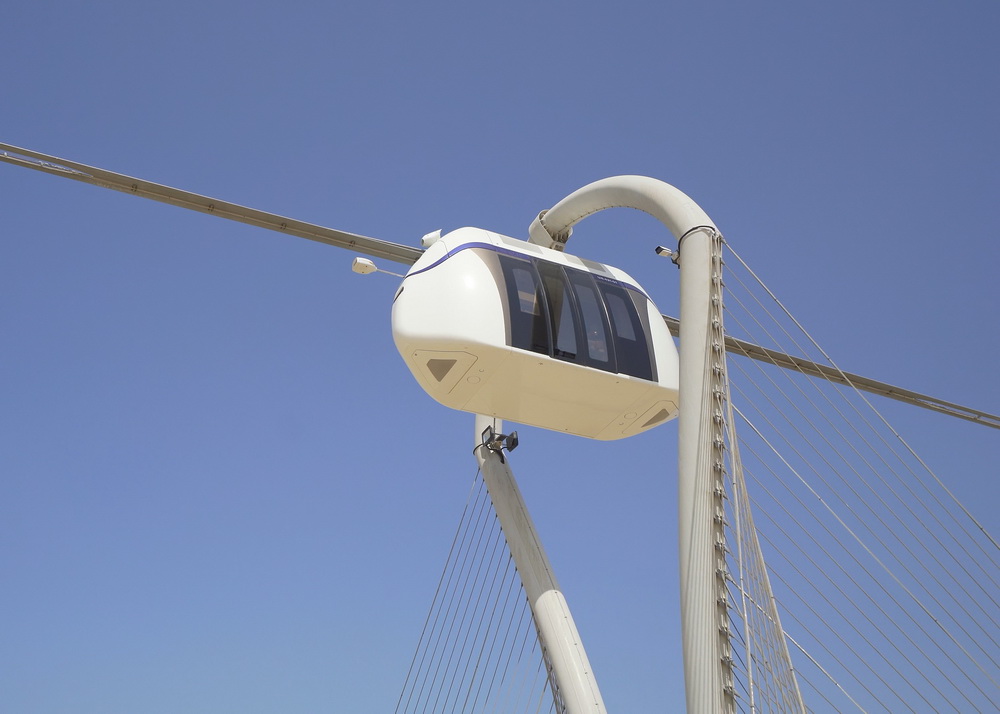 Previously in the media

On October 7, an article was published in the American edition California18 about the possibility of string transport to solve problems on the roads caused by climate change.

As the edition pointed out, commercial airplanes cannot take off and land in stormy weather. Cars and trucks cannot drive on flooded roads. But Unitsky String Technologies, Inc. has an answer-a light and sturdy string-track overpass that can transport passengers and goods over the earth.

California has been trying to establish high-speed rail connections between its major cities for two decades, but the plan has swallowed up capital investment at a fierce rate and is far from complete. The soaring cost of land acquisition has further hindered the project. The land acquisition cost of the Unitsky complex will be greatly reduced because it only requires supporting structures. The vast majority of the system will pass through the land below, rather than being built on the land itself. “The construction cost of the Unitsky String Technologies complex is much lower than any other type of overpass transportation system, and its strength is 10 times that of traditional road bridges or railway trestle bridges”, — says California18.

On October 13, the American portal Clean Technica expressed its opinion that uSky transport systems can be an excellent solution that will help to cope with the next pandemic. Clean Technica said, all of this means a UST string rail system would be ready for the next pandemic. Flexibility in routes, scheduling, and seating capacities (larger vehicles could easily be replaced with smaller ones) allow a city to quickly change their system to minimize disease spread. It’s also easier to avoid large crowds waiting at stations for the next car, leading to even less spread of disease.