Back on track: why will the importance of public transport increase in the world? 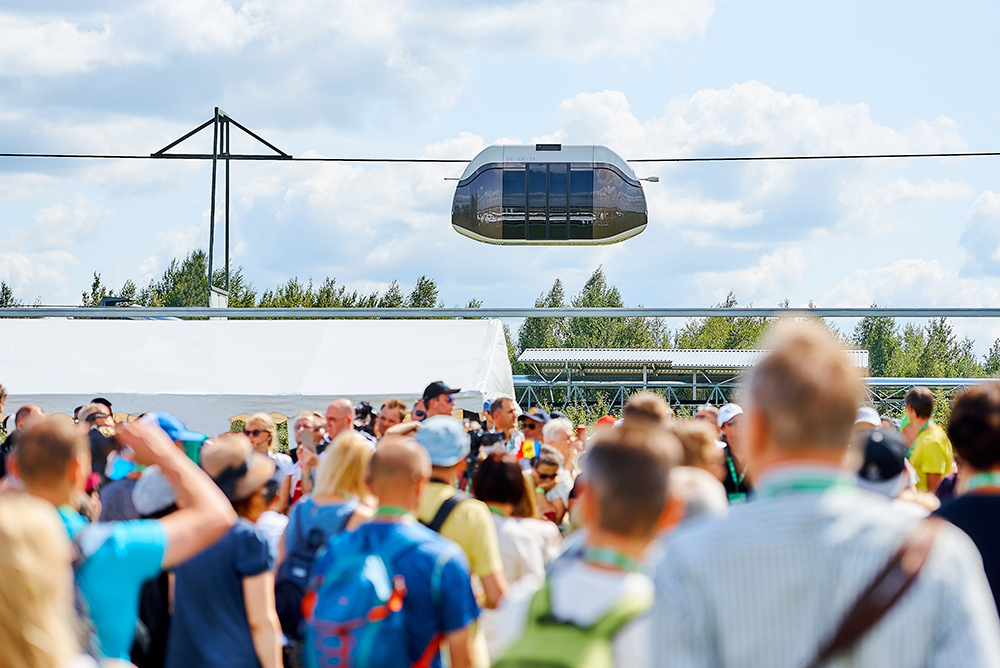 Just a few centuries ago, people relied predominantly on horses to get around. Today, the most common mode of transportation is the automobile. However, air pollution and massive congestion are becoming more and more visible problems. They are pushing society forward. How will the transport sector evolve? It seems that Transport & Infrastructure Complexes of Unitsky String Technologies Inc. may become a very sought-after solution in passenger transportation. Let's look into it.

From the 19th to the first half of the 20th century, public transport was at the peak of its popularity. Everything changed with the start of mass production of cars that became available to ordinary citizens. World motorization has led to the curtailment of public transport. In the late 1980s, there was even an opinion in the United States that it was intended for the poor and people with limited mobility. But the world has changed. Motorization has given rise to many global problems, launching processes that once again increase the role of public transport.

Today, major cities are plagued by daily traffic jams and lack of parking spaces. Intensive traffic creates increased noise that affects human health. The issue of environmental pollution is becoming more acute every day. All over the world, people are coming to the same conclusion: the number of cars needs to be reduced. Accordingly, the role of public transport in the world in the coming decades will increase.

The severity of the congestion problem for a community depends directly on the percentage of urban area that is covered by roads. For example, in the USA, Canada and Australia, where cities were originally built for cars, this parameter is about 35%. But the urban environment in Europe is no longer so well adapted for personal transport, with a figure of 25%. However, against its background, the situation in Asian megacities, say Tokyo, Hong Kong or Seoul, seems catastrophic – only 10-12% of the urban area is covered by the road network.

In the fight against congestion, countries introduce various restrictions. Even in the US, where the road conditions are relatively favorable, the number of vehicles on the streets is being reduced. Vehicles carrying multiple passengers are allowed to use public transport lanes. Joint trips by private car (carpooling) are welcome. To do this, online services are being created to search for fellow travelers and special stops for such cars. In fact, this method of transportation to some extent transforms the car into the same public transport.

In some countries, more drastic measures are being taken to combat congestion. In Singapore, they completely limit the number of cars, and also make their purchase and use a very expensive pleasure. For example, you need to win an auction in order to get the right to purchase a personal vehicle. From 2018 to 2020, there was a ban on the registration of new cars, and by 2025, the Singapore authorities intend to ban the registration of “gasoline” or “diesel” individual vehicles. A similar decision was made in Japan. Only it is going to be implemented by 2035. The goal is to reach the target of “zero emissions” by 2050.

In Russia, the problem was approached no less seriously. Recently, a transport strategy until 2030 was approved there. The document pays a lot of attention to the fight against congestion and harmful emissions. It provides for a low-carbon transformation of the industry, an increase in the share of public transport trips in the largest agglomerations by 15%, an improvement in the environmental friendliness of the urban environment… It is planned to increase the intensity of traffic on the existing rail infrastructure, upgrade the rolling stock, integrate stops of various types of transport into transport hubs, launch new water passenger routes, and develop air traffic between regions. The authors of the strategy claim that 61% of the pollutants emitted by transport are accounted for by motor vehicles. Renewing the fleet will not solve the problem, since 82% of emissions come from the abrasion of the road surface and vehicle components.

In Europe, where the situation with the roads is better, they still manage with point restrictions. In Italy, there has long been a paid entry into the center of Rome. Only citizens living and working there can get there free of charge. A very creative approach was once applied in Greece, providing access to the center of Athens on even days only for cars with even-numbered license plates, and on odd days – for cars with odd numbers. Since 2003, the capital of Great Britain has also introduced a paid entry into the center of London.

In some countries, it is understood that the growth in the number of cars is inevitable, and the measures taken have a temporary effect. They think ahead and consider the use of overpass transport, which does not intersect with automobile transport at all. Perhaps the world really needs an alternative that, along with other measures, will naturally help to unload the roads.

New solutions in the form of overpass transport have recently taken shape in China, the USA, Japan, Great Britain, France... But the transport of many companies develops a low speed (45-50 km/h). It is not capable of solving the above problems. At the same time, many manufacturers have not even implemented the product yet. At the same time, international engineering company Unitsky String Technologies Inc., which saw the prospects of overpass transport ahead of others, has a ready-made all-in-one product. Unmanned electric cars (uPods) on steel wheels traveling on a string rail overpass are capable of speeds up to 150 km/h. Thanks to the elevation of the string track high above the ground, the transport of UST Inc. is not threatened by accidents and traffic jams. At the same time, uST Transport & Infrastructure Complexes are highly efficient and environmentally friendly, as well as affordable to build.

In the world, the same problem is overcome in different ways. But everywhere, one way or another, it is tried to be solved by increasing the role of public transport. It can be expected that in the coming decades it will be improved thanks to the innovative solutions that will allow it to take into account all the requirements of our time: unmanned control, comfort and safety, efficiency and environmental friendliness, speed and mobility. As we can see, all of these features are characteristic of Transport & Infrastructure Complexes of Unitsky String Technologies Inc.