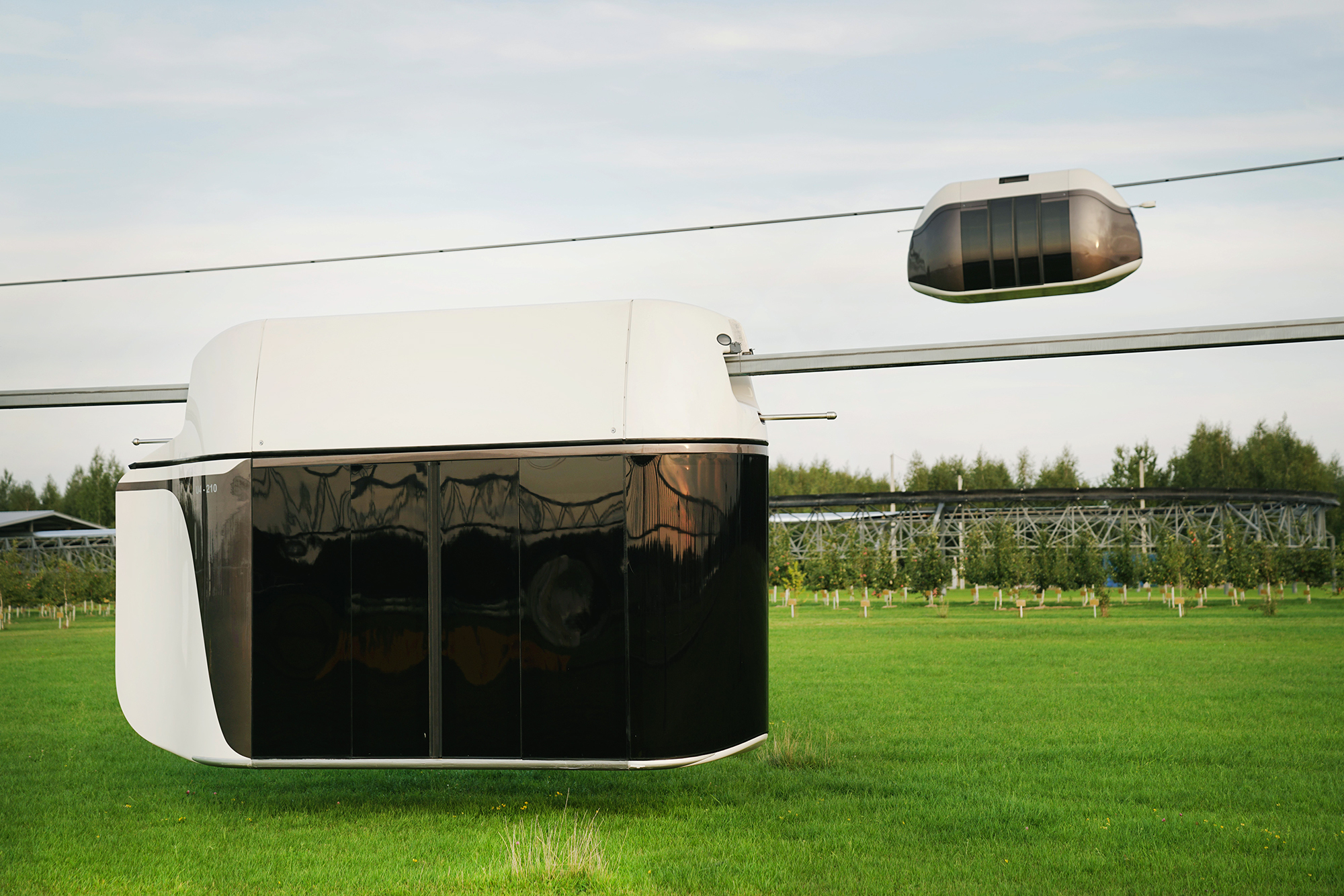 The company has recently tested an eddy current retarder. This device, developed by Unitsky String Technologies Inc., complements the string transport braking system. What is its uniqueness? The retarder, unlike the existing analogues, operates without electricity. See the details in our report.

Mars Tuymetov, a test center specialist, attaches the belt to the mobile device, which he then lifts up to the ceiling along the long metal beam. Mars moves a few meters away from the test facility (a safety requirement) and waits for the launch command. Everything is ready to check the operation of the retarder.

Meanwhile, engineer Denis Bautkin, who is responsible for testing, prepares a camera for video recording of what is happening. In the future, this will allow developers to track the full picture of the movement of the device – from acceleration to braking and stopping.

The device flies down rapidly and is about to heavily crash to the ground... But once in the zone of operation of the eddy current retarder’s magnetic system, it gradually reduces speed and carefully “lands” as if everything happens in slow motion.

For the purity of the experiment, the tests are repeated three more times. And each time uST specialists are pleased to record the expected result. They say if it wasn’t for this smooth deceleration, the device would have fallen at high speed, banging against the floor.

“Tests are needed to confirm the calculations and verify the design of the eddy current retarder. We’re now recording the deceleration rate, and when we get the data, we’ll compare it with the results of the previous tests,” says Denis Bautkin.

Similarly, a vehicle equipped with an eddy current retarder will decelerate smoothly and carefully. For example, if a uPod approaches the end of the track at a too high speed, the device will automatically reduce its speed to a safe one, avoiding impact or collision.

An important point: the retarder is not a brake. The developer of the device, Lead Design Engineer Igor Kuzmin, explains that it serves as an addition to the main vehicle braking system and is designed to control the speed of a uPod in areas that are difficult to pass through, as well as parking lots and stops.

“It does not require electricity for operation. Just imagine: if there is no electricity in a truck or train – their retarders will no longer be able to help out, since they need energy. Ours will work in any conditions.”

In addition to operating without electricity, the retarder developed by the company has other advantages. It is environmentally friendly, as there are no wear products in its mechanism. It is also durable: due to the absence of rubbing surfaces, the service life of 25 years and more. Also, uST’s development does not emit noise and electromagnetic radiation that is dangerous for humans and equipment.

The device is resistant to difficult weather conditions – the braking effect is not affected by the condition of the rail. In winter, the eddy current retarder will also do its job without any problems, ensuring the safety and comfort of passengers of string transport.