Is Unicar safe to use? Yes! 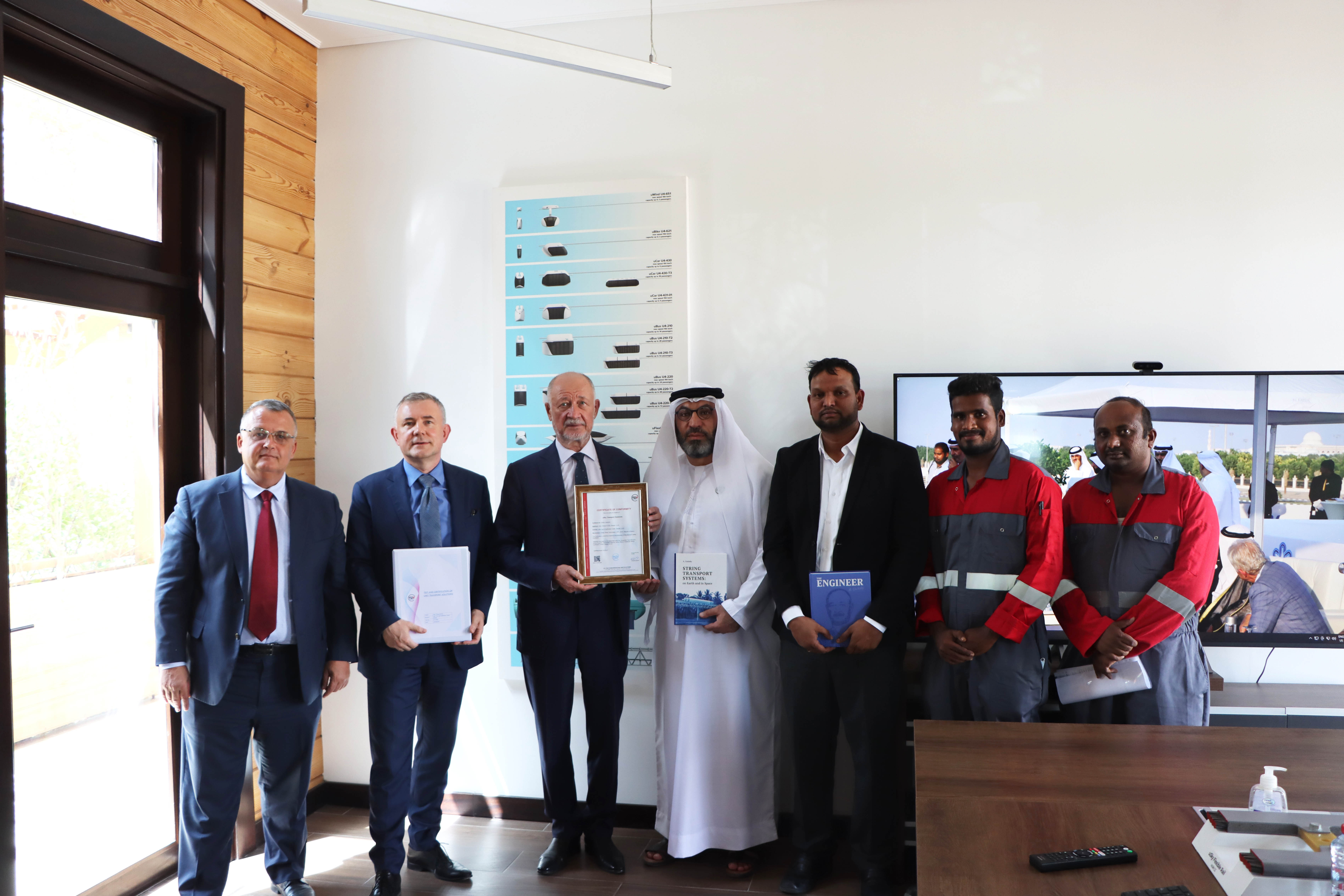 Thorough examination of Unicar entailed testing of 30 features, and below are just some of those, which underwent performance tests:

The rigorous inspection conducted revealed that electric vehicle Unicar is found to be safe for use as a passenger transport mode, and thus, Unicar is compliant with global safety standards.

Certification works were carried out at uSky Test & Certification Centre located in Sharjah, UAE and occupying an area of 28 hectares. The Centre accommodates a fully functional off-the-ground suspended passenger track with a 400 m long overpass. Now, two more string-rail transport overpasses being 2,4 km long each are under construction – both are supposed to allow for the design speed up to 150 km/h. 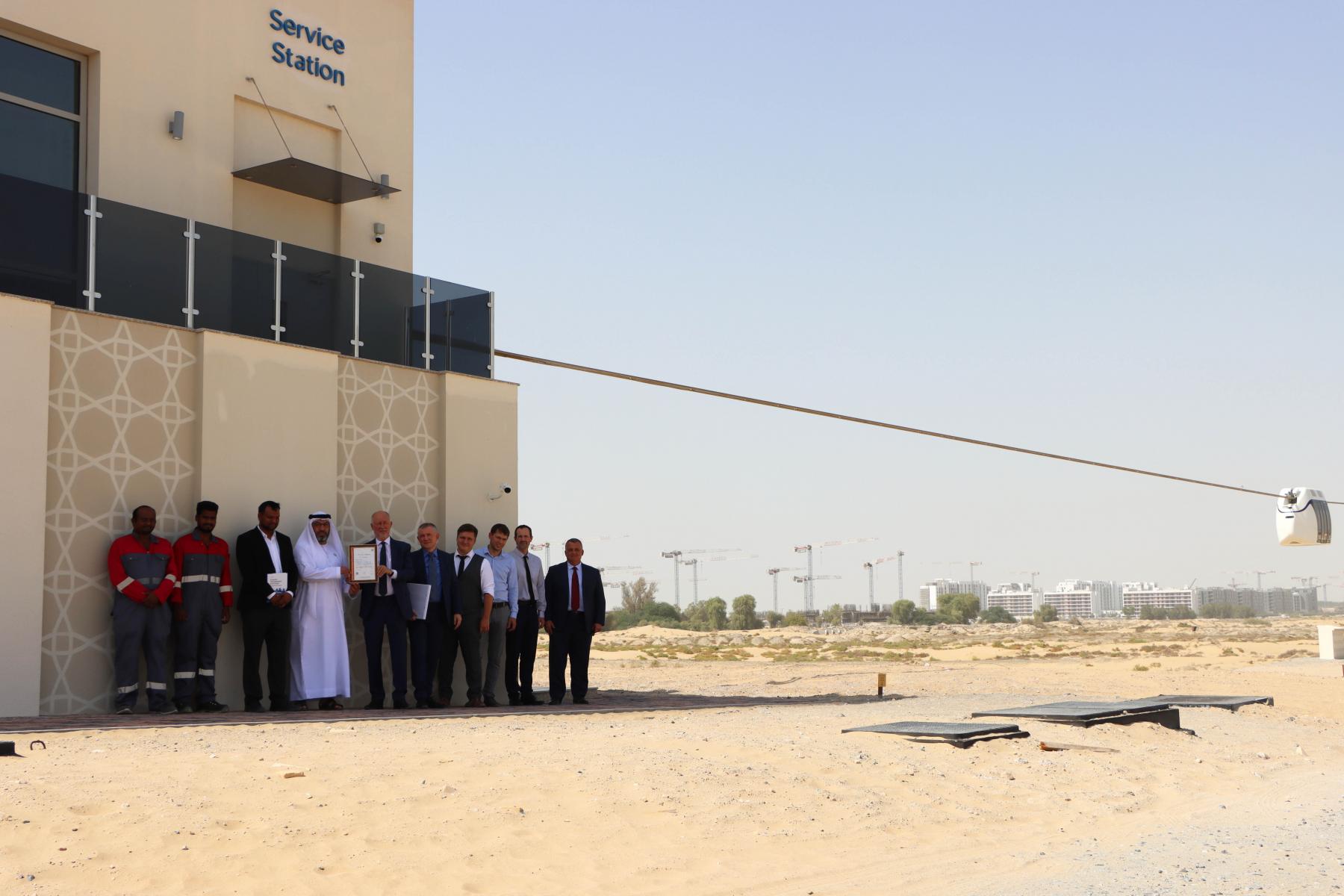 TUV SW Standardization Certifications is the world's leading provider of quality, safety and sustainability solutions, with offices in 14 countries, specializing in testing, inspection, auditing, certification and training. TUV SW is assessed and accredited (including ISO 17020, ISO 17021) by various national and international accreditation bodies for its professionalism, ethics, reliability and independence for the certification assessment. 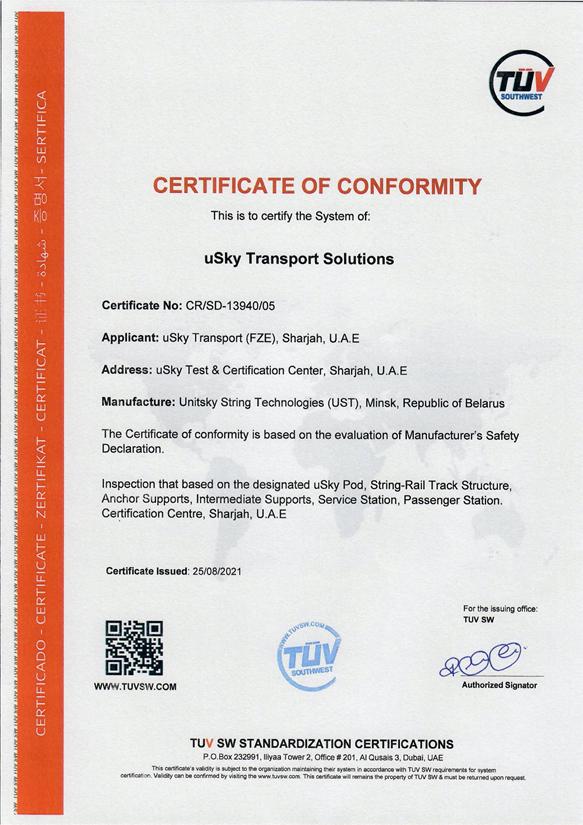 Unicar is an urban passenger EV furnishing superior comfort, with a capacity reaching 6 people. Unicar can be used on urban and suburban routes to serve commutation purposes at speeds up to 150 km/h. The design of Unicar enables its individual modules to be formed into a train. The number of train sections and their capacity are a function of the expected ridership.

The bespoke tropical make of Unicar is designed for regions with arid climates and an upper temperature limit of operation up to +55°C.

The required level of functional safety is ensured by means of a software and hardware complex built according to SIL standards and including unique uSky solutions in terms of accident prevention systems.

The certification of Unicar, a steel wheel passenger EV, is crucial for the comprehensive certification of uSky Transport & Infrastructure Technology, which eftsoons proves the safety of this innovation and contributes to its active promotion around the world.