World Construction Today: “Is string transport the next page in history?”

World Construction Today published an analytical article which says that against the background of the formation of traditional transport systems, uST string transport is being developed at a rather intensive pace. The author came to this conclusion by comparing the time spent, costs, as well as the prognosis of skeptics. You can learn more about this comparison in the article itself, the text of which we provide below.

Traditional transport systems and uST. How did it all start?

It is impossible to imagine the modern world without a car, bus or plane. Traditional transport systems have long been an integral part of our way of life. However, they are gradually ceasing to meet the requirements of today. New transport solutions are emerging. Among them is an overpass transport that will help relieve cities from traffic jams. BYD Company Limited, Alstom, Hitachi, JR-Maglev are actively engaged in arranging such a traffic. It is also worth adding the developer and creator of the string transport Unitsky String Technologies Inc. Yes, presently the company is just starting to implement its first projects and it is difficult to assess the prospects. However, such a forecast is possible. To do this, let's recall the history of development of the modes of transport, without which it is now difficult to imagine the modern world.

A bit of history

The path of development of well-known transport systems has been long and uneasy. When, back in the early 20s, Henry Ford introduced his first car – a cart that could move without horses – passers-by who saw it on city streets only twisted their finger at the temple. Ford himself said, "If I asked people what they wanted, they would ask for a faster horse." Nevertheless, the Ford T became the main bestseller of that time and the first mass-produced car – more than 15 million pieces were produced. It was he who allowed middle-class Americans to travel long distances by private transport, the role of which was played by a horse. 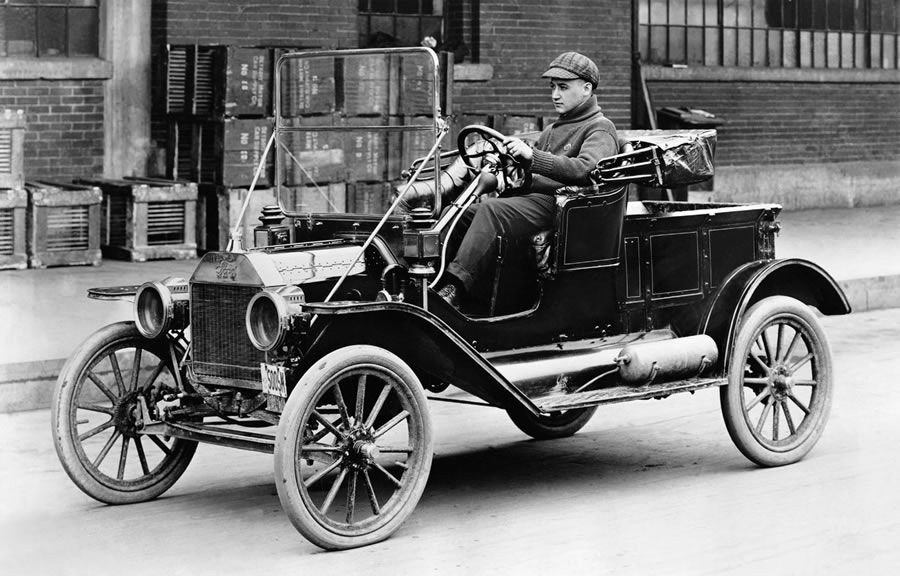 Another example. If we recall the history of aviation transport, the future of heavy multi-engine aircraft also caused doubts among most experts – they believed that aviation would not be able to step further than small vehicles with one engine. When in 1913 a crowd of spectators was waiting for the first experimental flight of a large four-engine aircraft known as the "Russian Knight" in a meadow near the Corps airfield of St. Petersburg, skeptics, who, by the way, were the majority, did not believe that such a large and heavy aircraft would be able to get off the ground. Moreover, they claimed that it would be impossible to control it in the air due to inertia; such a bulky apparatus could not be balanced in principle, and even a slight imbalance in the air would simply tip it over. Finally, they said that the glazed cabin would not allow the pilot to feel the air flows. As you can see, today aviation transport has taken one of the leading positions in terms of passenger traffic. 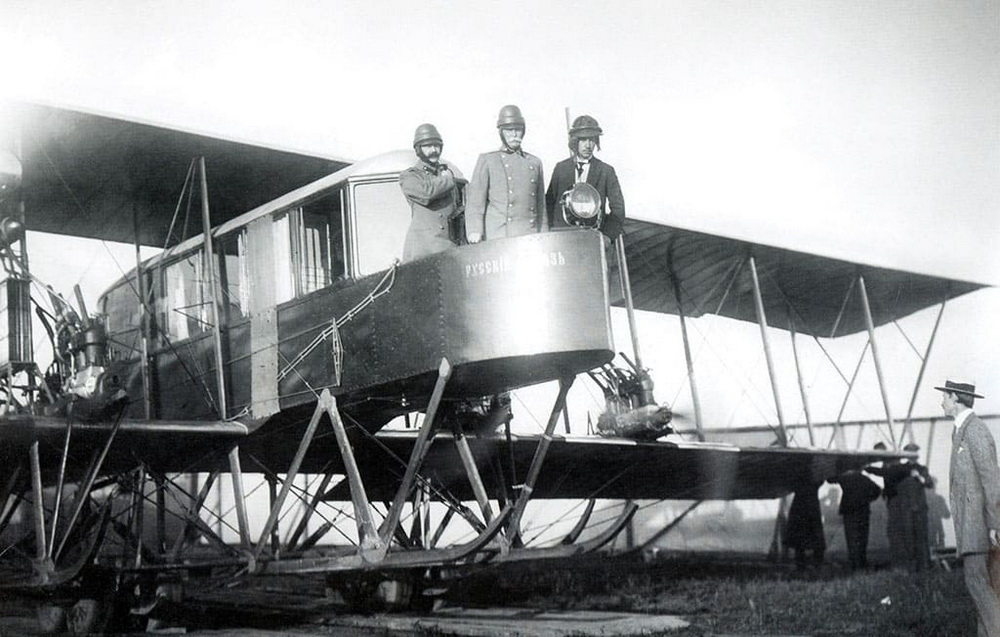 The development of high-speed rail transport has also not always been smooth. "A high-speed train? This kind of project is a waste of money, in ten years the operation of trains will stop altogether. Automobile and aviation transport will displace them from the passenger transportation market." This is how skeptics estimated in the late 1950s the goal set by the French National Railway Company (SNCF) to create an express train with a speed of 300 km/h. Despite numerous projects in Europe, the first high–speed railway appeared on the other side of the world – in Japan. As we can see, today high-speed land transport has become an integral part of transportation systems of many industrially developed countries of the world.

It should be noted that not only the description of the forecasts from skeptics, but also the time spent and, importantly, the money spent on the creation of each of modes of transportation systems cost a lot of efforts and resources. For example, the development of the A380 aircraft model took 10 years and 12 billion euros. And trains on a magnetic cushion were started to be developed in Germany back in the 30s of the last century. During this time, one track and one model of rolling stock were manufactured. However, the only sale (to China) did not pay back its investments, since 6.5 billion euros and about 50 years were spent on the creation of such a large-scale project.

Is uST string transport – the next page in history?

Against this background, string transport is developing at a fairly intensive pace. Let's take a look at the history of the company. 7 years have passed since the founding of Unitsky String Technologies Inc. At one time, some media outlets, initially critical of everything new, reproached the company for the lack of string transport models that could be tested. However, soon it not only presented 12 fundamentally different models of electric rail vehicles on steel wheels, but also built two test centers (in Belarus and the UAE), where it would be possible to test the transport in operation.

In comparison, Tesla Motors spent at least five years from 2003 to 2008 on the creation of the first mass-producible electric car (Tesla Roadster), having spent more than $ 105 million, according to CNBC.

An entire infrastructure of the "second level" was built from scratch: stations, turnouts, engineering networks of water supply and sewerage, power supply systems with networks with a total capacity of about 1000 kilowatts, communication and intelligent control systems equipped with a system of sensors and technical vision.

At the same time, the international independent organization TUV SW Standardization Certification confirmed the safety of the urban test complex in the United Arab Emirates. This removed the main limitation on the large-scale implementation of uSky technology worldwide.

In addition, last year the company presented string transport at the international exhibition Expo 2020, which has been demonstrating the best achievements of mankind for more than a century.

What else is known about this technology? It seems to solve the main problems of conventional transport. We mean traffic jams, accidents and environmental pollution. Interestingly, some people were skeptical about string transport initially. However, gradually there are fewer and fewer doubters of its viability. Frequent visits of government and business representatives are proof of this. 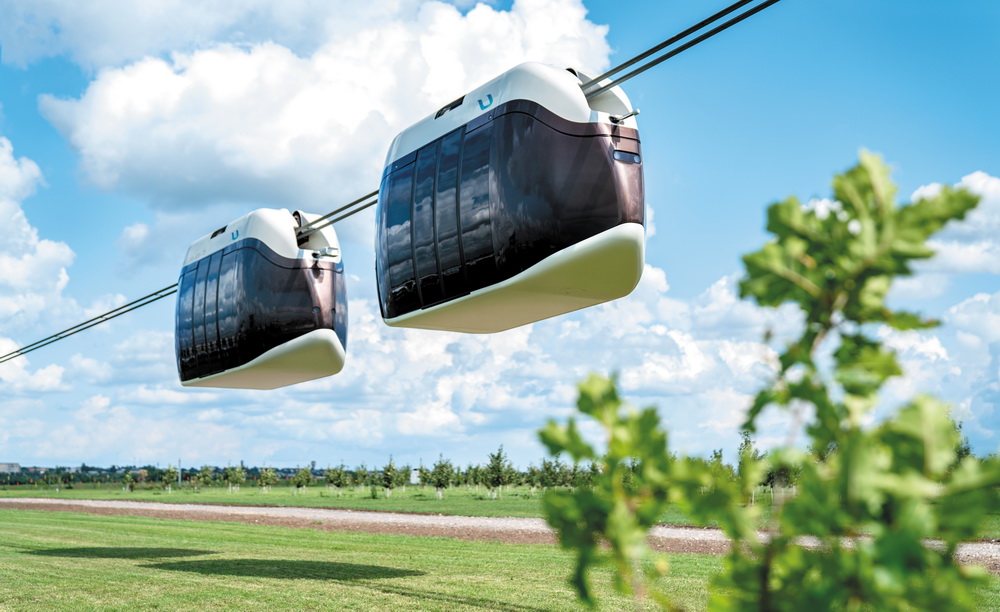 At the same time, the company continues to develop. To date, four projects are already in the works. The connection of the territories at SRTIP park in Sharjah by a string road, as well as confirmation of the nominal speed of 500 km/h by 2025, are in the near future. Negotiations are currently underway on the project and the allocation of land for a high-speed route.

As you can see, string transport seems to have great prospects for the coming years.