How can the solutions of Unitsky String Technologies Inc. improve transport accessibility in Rwanda and Lesotho? 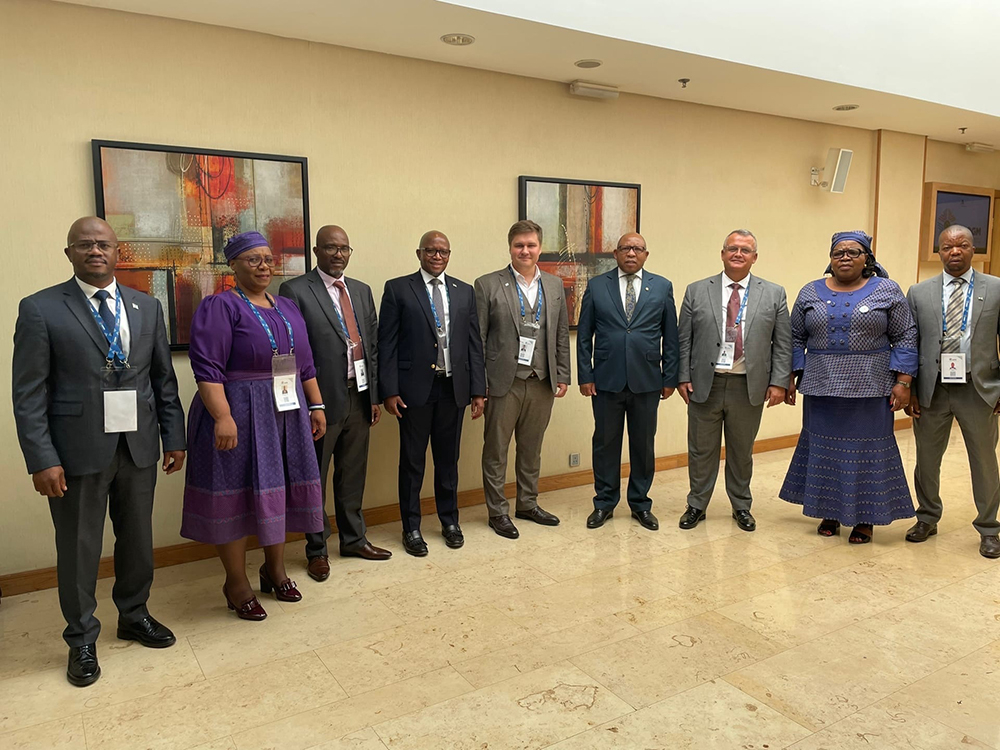 Representatives of UST Inc. have recently met with top officials from Rwanda and Lesotho. The parties discussed the possibility of using uST transport and infrastructure complexes on the territory of the two African countries. This was preceded by the company's participation in the international forum CHOGM Rwanda 2022 in Kigali. As a result, some states have expressed interest in the uST technology.

Today, Kigali does not have an organized public transport system. This significantly limits the efficiency of moving passengers and cargo. By the way, there is no railway service in the country whatsoever. The main mode of transportation is road transport. During a meeting with Rwandan Minister of Infrastructure Ernest Nsabimana, Vice Mayor of Kigali Mpabwanamagura Merarda and the Innovation City Director Tesi Rusagara, representatives of Unitsky String technologies Inc. discussed the prospects for the use of the uST transport and infrastructure complexes, which can solve the said problem.

Unmanned electric vehicles on steel wheels are capable of moving at speeds up to 150 km/h and are ready to carry up to 50,000 people per hour. The construction and operation of the string route is characterized by a lower cost compared to traditional transport communications. It can be built over existing residential and industrial buildings. In addition, because it uses electricity and is highly energy-efficient, string transport is characterized by maximum environmental friendliness. A string-rail overpass requires minimal land allocation for its construction, which preserves fecund soil, does not violate the terrain and the biodiversity of the surrounding area.

Lesotho is also interested in the uST technology, as its transport problem is no less acute. The territory of the country is located at an altitude of 1400 meters above sea level. Building traditional transport communications here is very expensive and difficult. Solutions of Unitsky String Technologies Inc. can become an affordable and effective alternative. After all, it is in the regions with complicated terrain that the potential of uST transport and infrastructure complexes is most fully revealed. Building the track structure does not require creating embankments, bridges, junctions, culverts and other structures. Due to the long spans between the supports (2,000 meters), the string-rail overpass can be built over various obstacles.

During a meeting with Lesotho Prime Minister Moeketsi Majoro the parties discussed the use of uST transport in the city of Maseru, the country's capital. By the way, a while ago the king of this African state, Letsie III, visited the string transport demonstration and testing center in the UAE and was very impressed with the uST technology. Talks are underway with the government of Lesotho to set up joint work with UST Inc. for the implementation of string transport in the country.