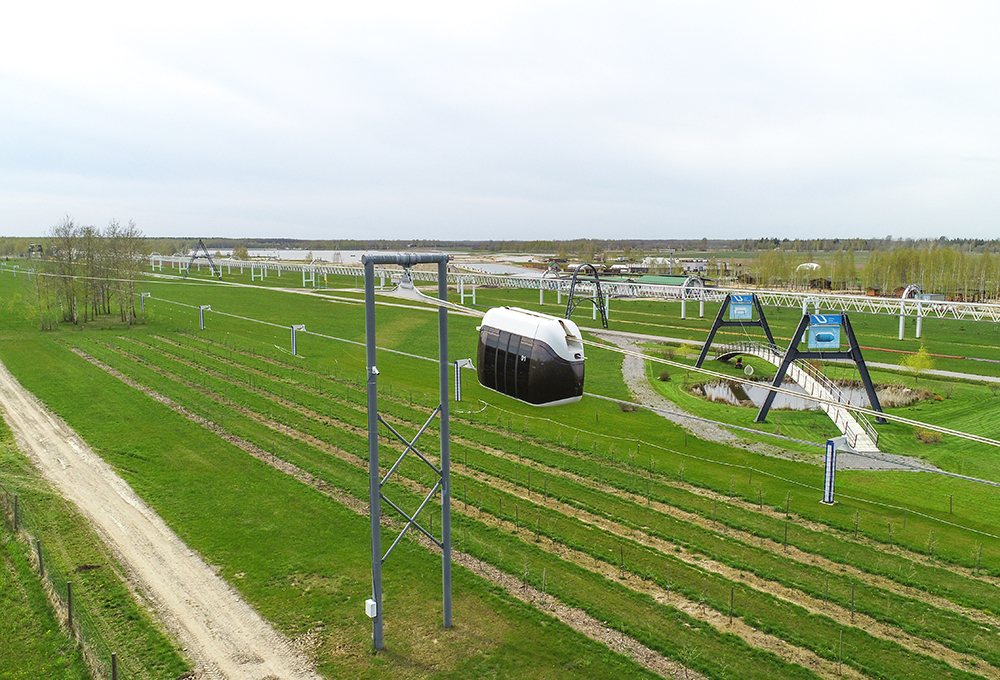 This alternative method can also be called innovative. The idea belongs to the General Designer of Unitsky String Technologies Inc. Anatoli Unitsky. You can see the details in the report from the production of UST Inc. 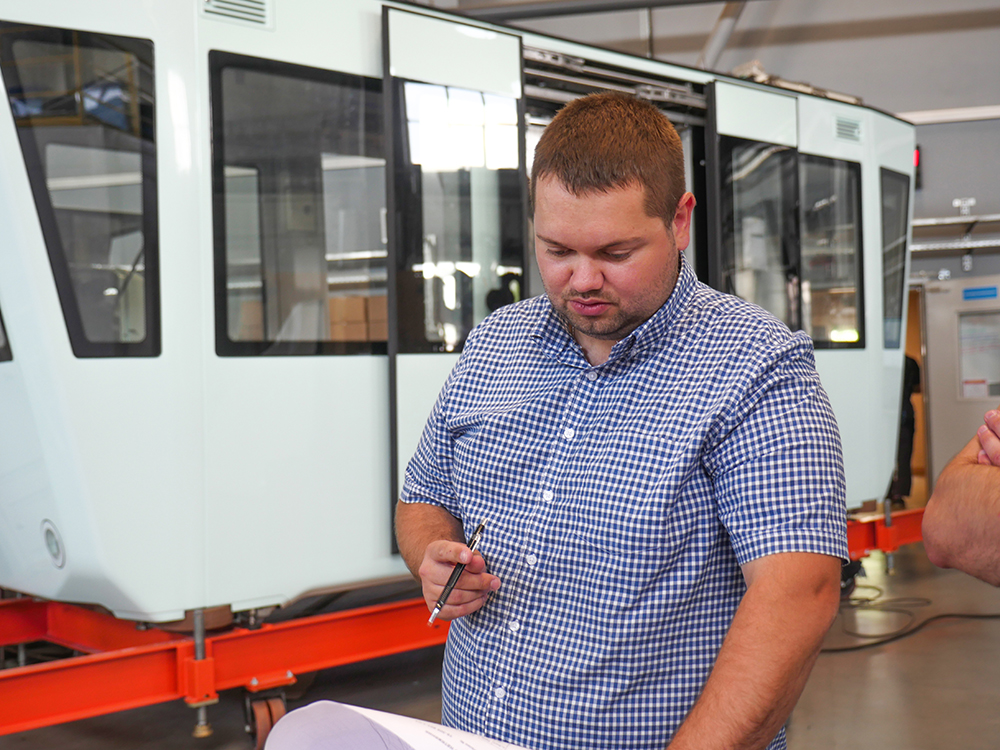 A test cycle has begun at the production complex, which concerns a new method of anchoring a string rail. Design engineer Dmitry Demeshchik walks us through it. The ends of the string rail in the anchor supports are fixed by a special device — a collet.  It is the device that holds the rail and transport on it (usually the collet is used to secure the bearing elements of bridges, cable cars and other similar structures). But the overall dimensions of the collet do not always allow you to assemble the anchor node in the necessary way. Because of this, the idea arose to develop their own anchoring method, which will allow to form the position of the ropes in the anchor node with the desired design. 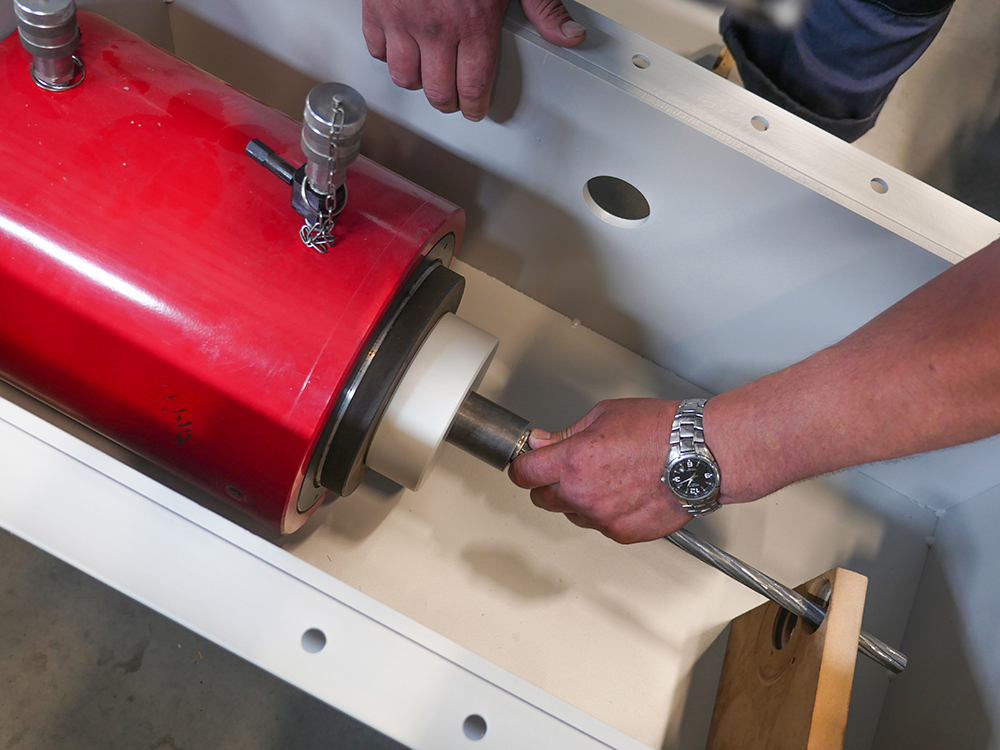 General Designer of Unitsky String Technologies Inc. Anatoli Unitsky suggested fixing the ends of the cable of the track structure with a special clamp. By the way, this method has not been used in the field of passenger transportation before.

—This method will reduce the metal consumption of anchor nodes, which means it will reduce costs and simplify the structure installation, — explains Andrey Simanovich, head of Transport Overpass Design Office. 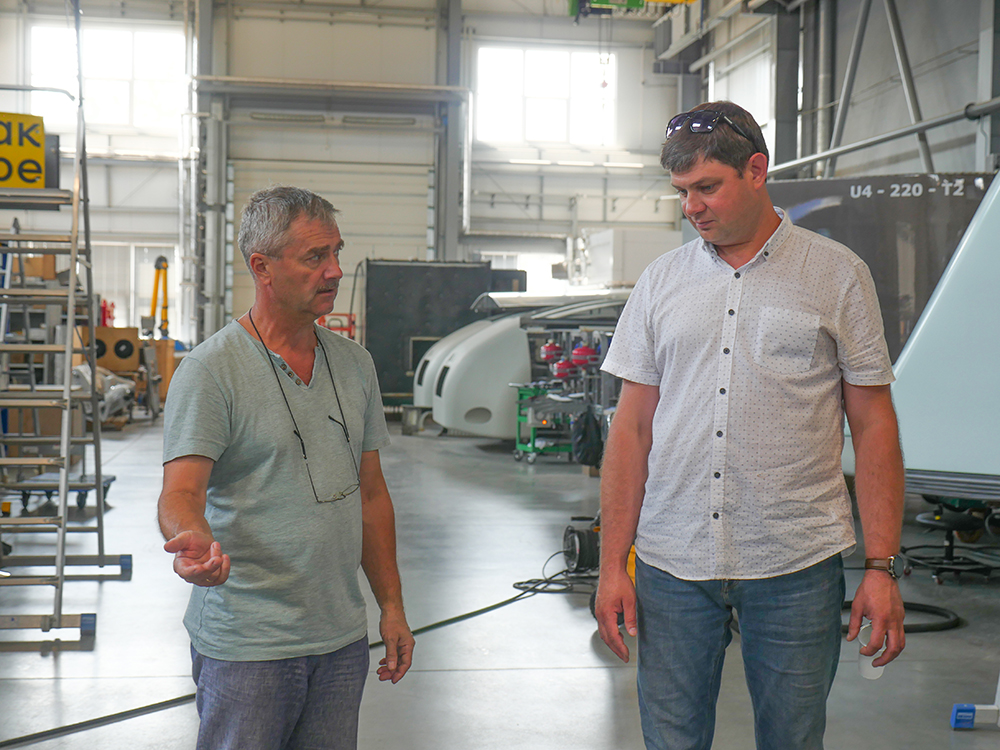 Checking the assembly drawing, the testers insert an anchor block into the metal housing. 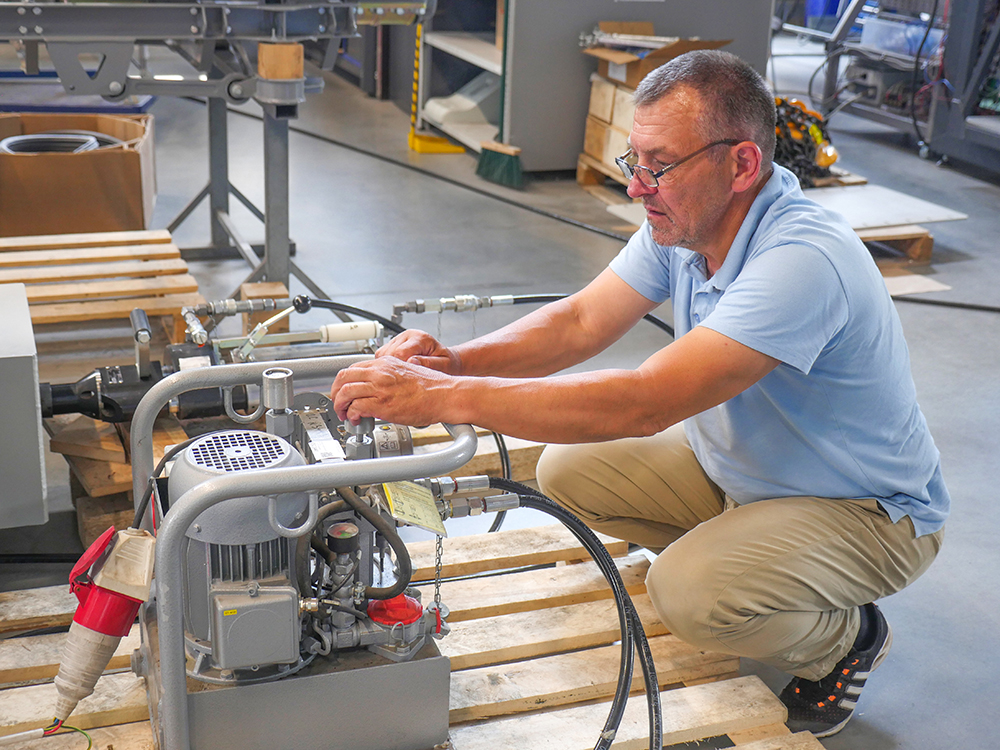 With the help of a hydraulic press, pressure is applied and the rope is stretched. Then one of the testers anchors the rope with a special clamp. 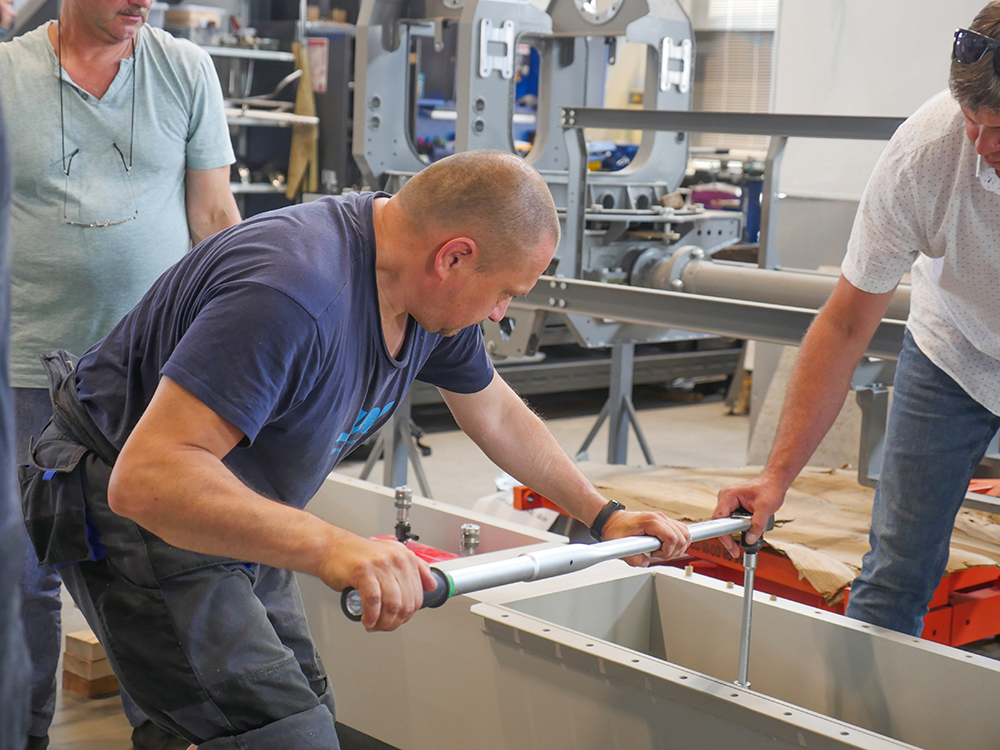 At some point, he is replaced by another worker. Fixing the mechanism is not an easy process. 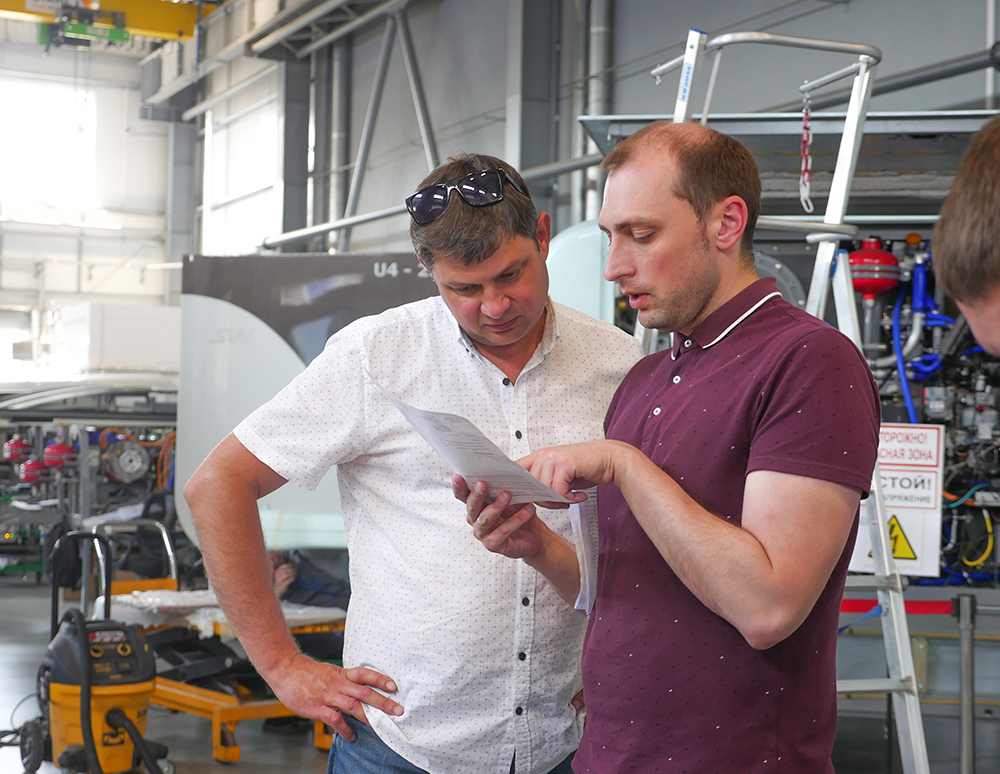 After the first stage of anchoring the rope, the second stage begins and the anchor block is filled with epoxy resin. This is necessary to increase the strength of the mechanism, as well as for reliable long-term operation, corrosion protection and leakage prevention.

The device is left to dry for several hours, and then a rope break test is carried out in a closed protective device. This will allow to confirm the design characteristics of the new node, check its assemblability and determine what improvements are needed to apply the innovation in a real design.

—Today’s testing was a success, — Dmitry Demeshchik sums up. The strength of this node turned out to be high, while a special clamp confirmed its design characteristics and the rope did not slip out. This means that such a fastening can be considered for fixing the rail on which the transport is moving. 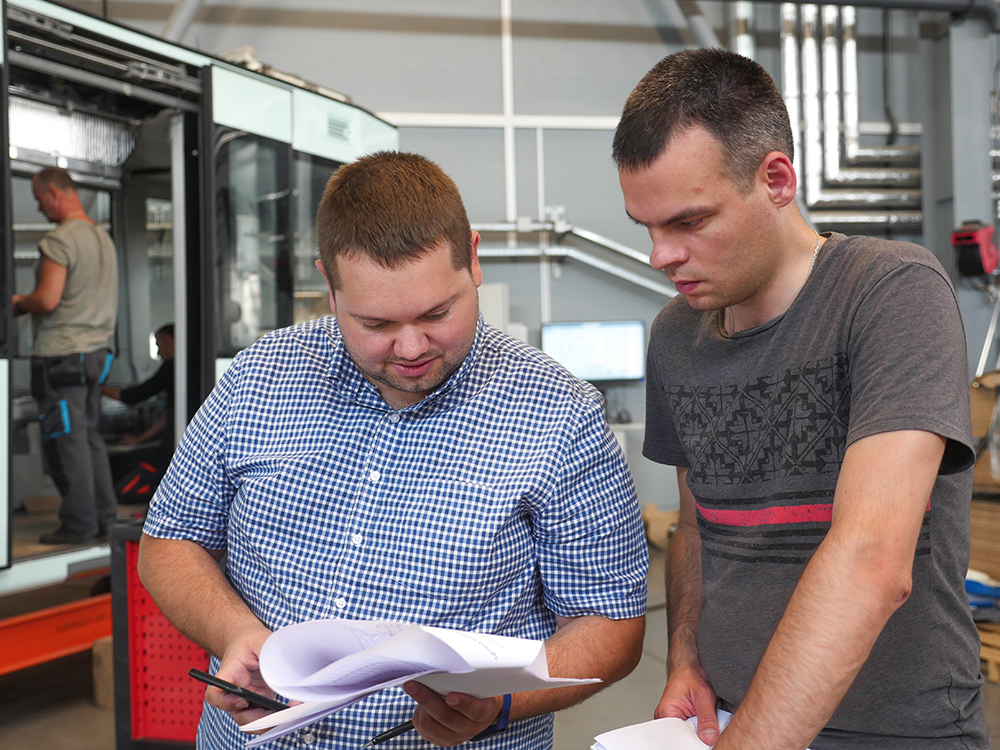 Engineers will have to conduct a series of similar tests. If they confirm the expectations, the innovative method of anchoring ropes will be applied in the construction of uST Transport and Infrastructure Complexes.