In one of the episodes of the Hollywood film “The Island”, a mode of transport was shown that exclusively resembles the technology invented by Anatoli Unitsky, the author of the string transport. Moreover, the general design engineer of Unitsky String Technologies Inc. long before that proposed to the world the idea of the “second level” transport. Did the filmmakers decide to take advantage of it? Let's recall which of the technologies shown in the cinema in different years have become a reality today. You can find out about this in the review on the “Popular Mechanics” website.

“The Island” with the string transport 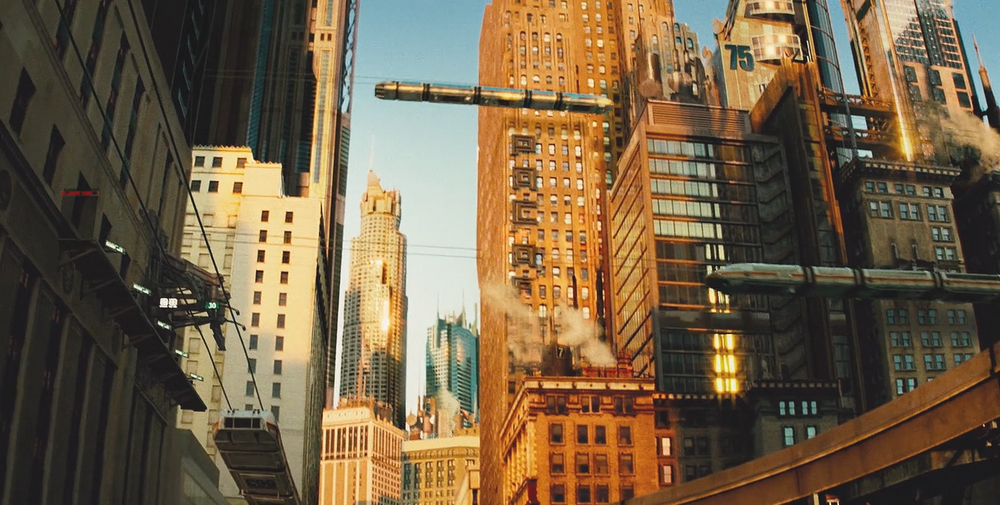 Scene from the Hollywood film “The Island” (2005). Skyscrapers are interconnected by a network of cableways, along which vehicles move.

The science-fiction film “The Island” was released in 2005. In one of the episodes of the film, viewers could see a transport that is very similar to the development of uST Inc. The film shows its widespread use in the city. It is possible that the filmmakers decided to take advantage of the idea put forward by Anatoli Unitsky, the author of the string transport. However, ten years after the release of the film Unitsky String Technologies Inc. demonstrated that this is a very real transport by presenting the first uPod to the public. And today the company, which has passed to the “business” stage, offers the world its complex transport and infrastructure solutions.

Cars moving through the air are one of the favorite themes in science fiction films. This is “Back to the Future”, “Blade Runner”, and many other films. I wonder if Bruce Willis, acting in “The Fifth Element”, could guess that in a couple of decades, when people saw his flying taxi, they would not be sincerely surprised, but would lazily take out a smartphone for a couple of photos?

Today, cars hovering above the ground are, of course, not everyday life, but already quite a tangible reality. The prototype of the world's first flying racing electric car Airspeeder was presented at the international high-tech exhibition Gitex Technology Week in Dubai. The car is capable of accelerating up to 250 km/h. At the same time, the battery is designed to last 10 minutes, while its recharging can be done in 14 seconds. 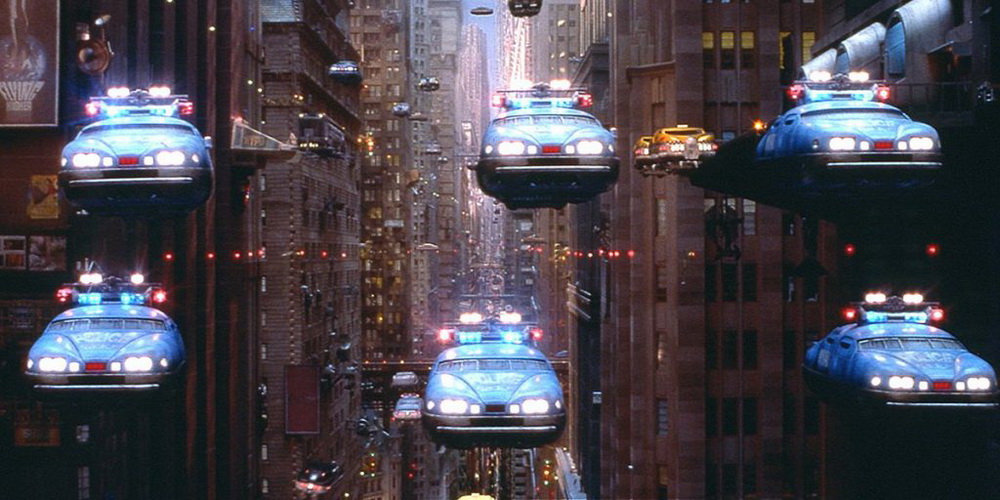 Scene from the film “The Fifth Element”. Source: lifehacker.ru 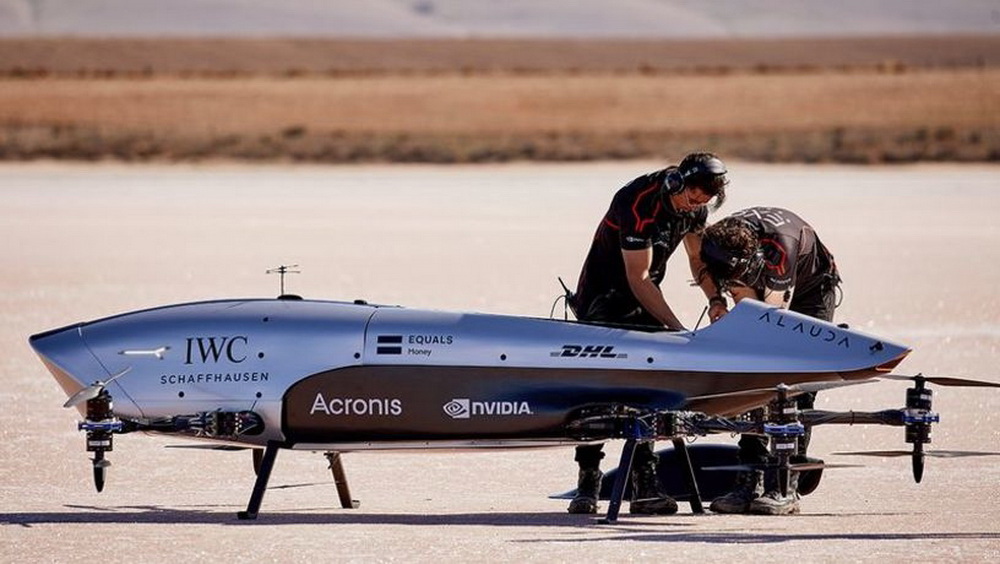 The Airspeeder flying car, which was presented in Dubai. Source: www.russianemirates.com

Since ancient times, people have dreamed of being able to fly. They invented airplanes, but this was not quite the same. But the jetpack is closer to what, according to the legend, Icarus invented. This technology is also very popular in science fiction films and computer games. For example, in the cinema, a similar device was mentioned in the film “Thunderball” (1965).

In real life, the first jetpack was presented at the opening of the 1984 Summer Olympics in Los Angeles. And in February 2020, a man on Jetman turbojet wings climbed up to a height of 1.8 km. Frenchman Vince Reffet swept over Dubai at a speed of 240 km/h, setting a world record. 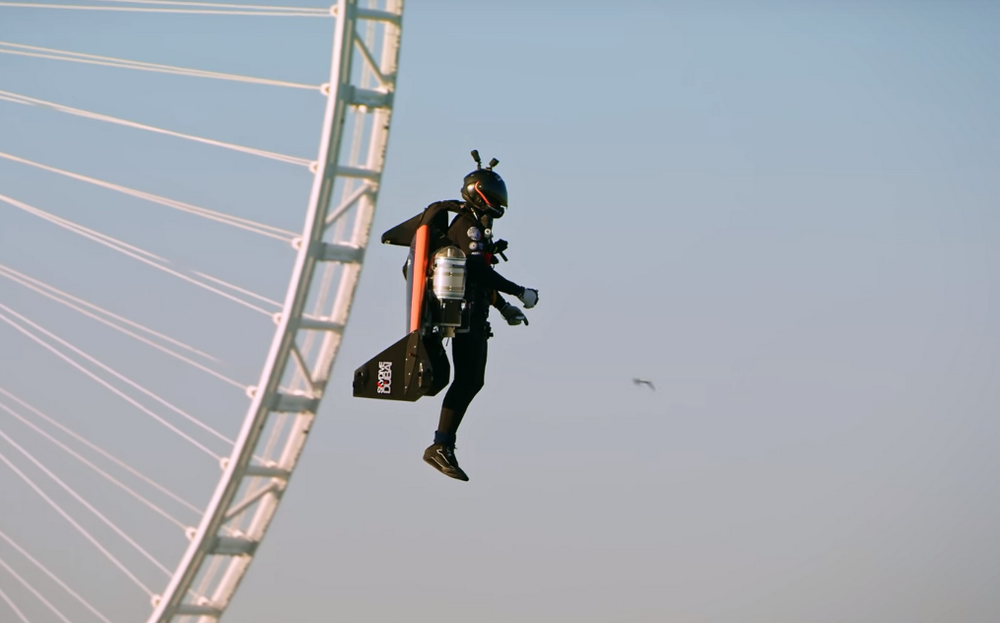 As for the areas of application of this technology, jetpacks are planned to be used in the service of the military and police in the future – to quickly respond to various threats. Also, the device can be useful for doctors in the UK, who in case of emergency will be able to reach remote areas in record time.

Many fans of science fiction have watched the famous film “Back to the Future”, which shows a flying skateboard and self-lacing sneakers. Today it is no longer science fiction. Hendo has invented its own version of a hoverboard that flies over special magnetic rails. Unlike the board in the movie, the hoverboard does not fly over water and grass, as it needs an electrically conductive surface. But who knows, perhaps soon the device will have such a capacity.

By the way, Nike, it seems, was also inspired by the famous film and presented the world with “smart” sneakers that are backlit and equipped with an automatic lacing mechanism. 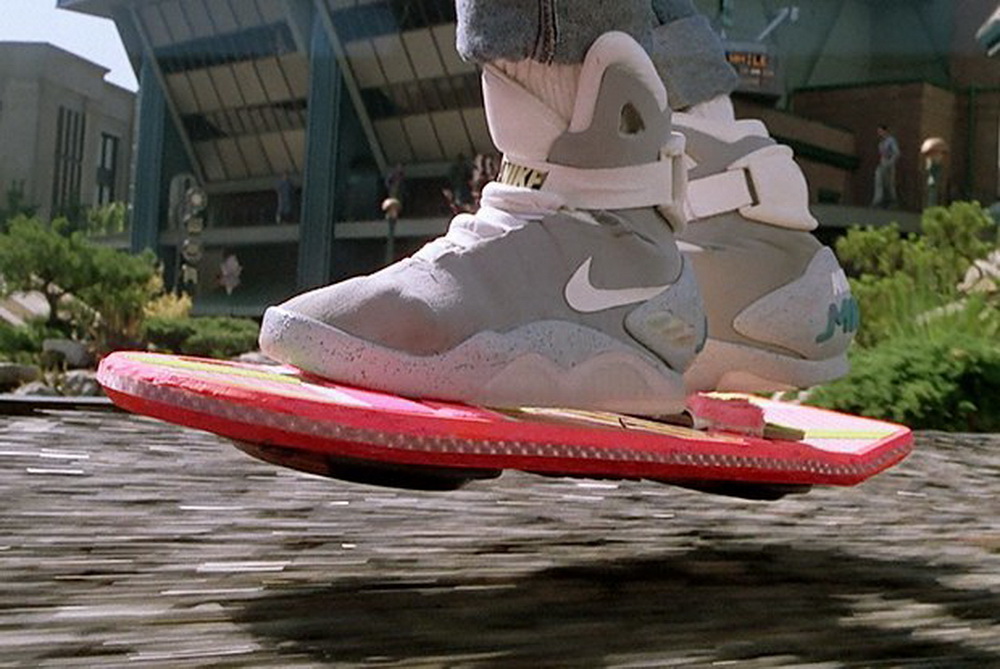 A flying skateboard and auto-laced sneakers from “Back to the Future”. Source: locals.md 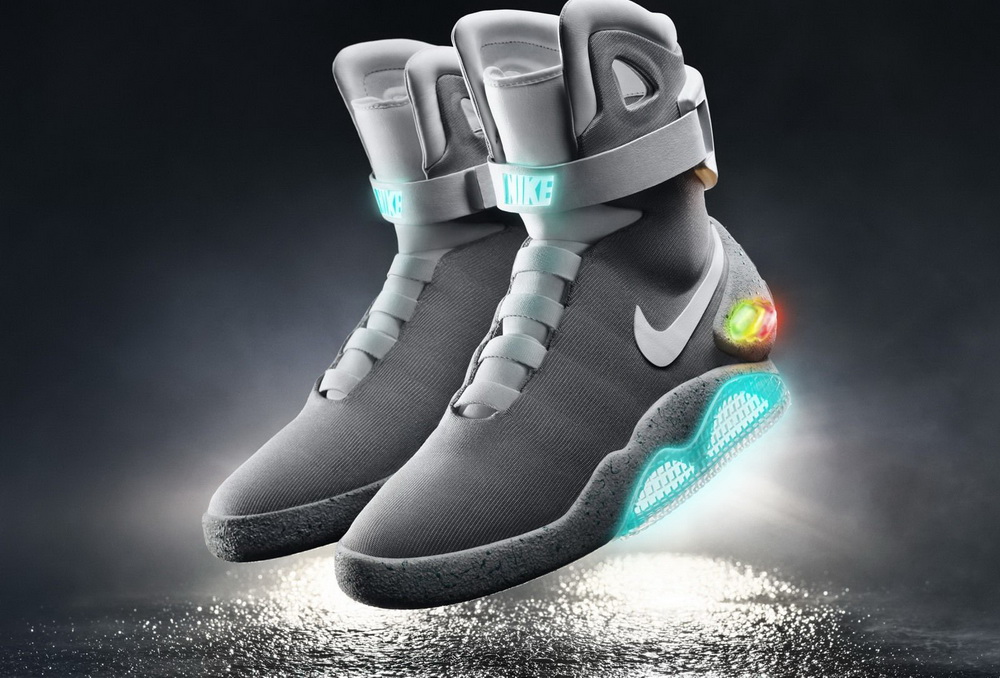 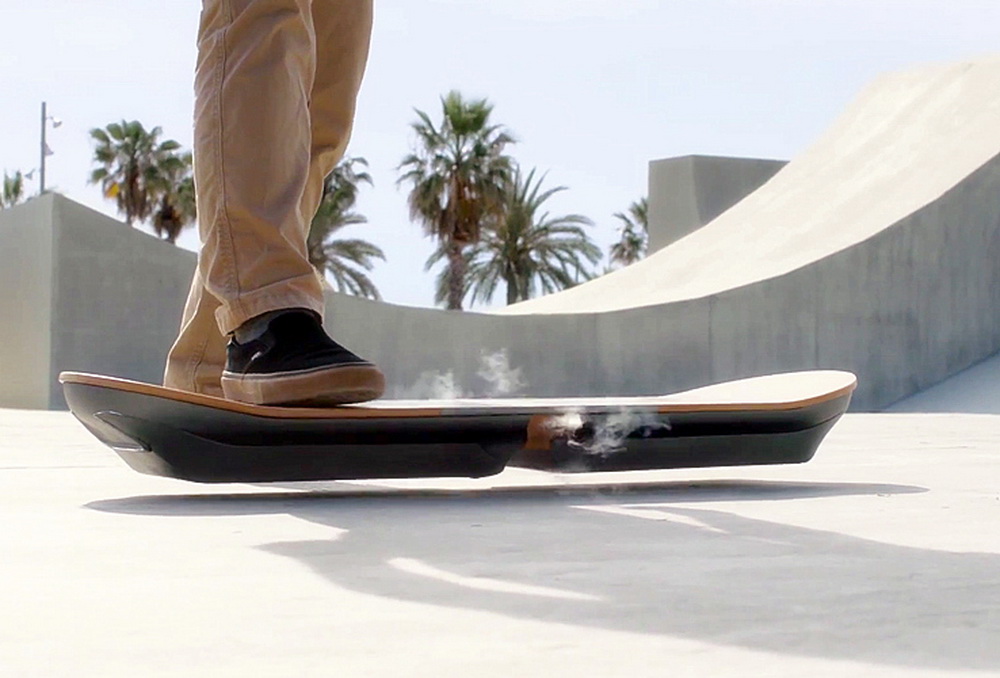 This technology is also often used by filmmakers and video game developers. References can be found in the legendary “Star Wars”, as well as in “Iron Man”, “Avatar” and many other famous films. General Electric created the first prototype of the exoskeleton in the 1960s, together with the US Army. The developers calculated that it would help a person lift a weight of about 110 kg, but in real tests, the technology did not live up to expectations. Now in the USA, the latest exoskeleton (DARPA) is being actively tested. A person wearing it will be able to overcome long distances, as well as carry heavy loads, avoiding injuries. This development proved to be in demand in the field of medical rehabilitation and in industrial production. 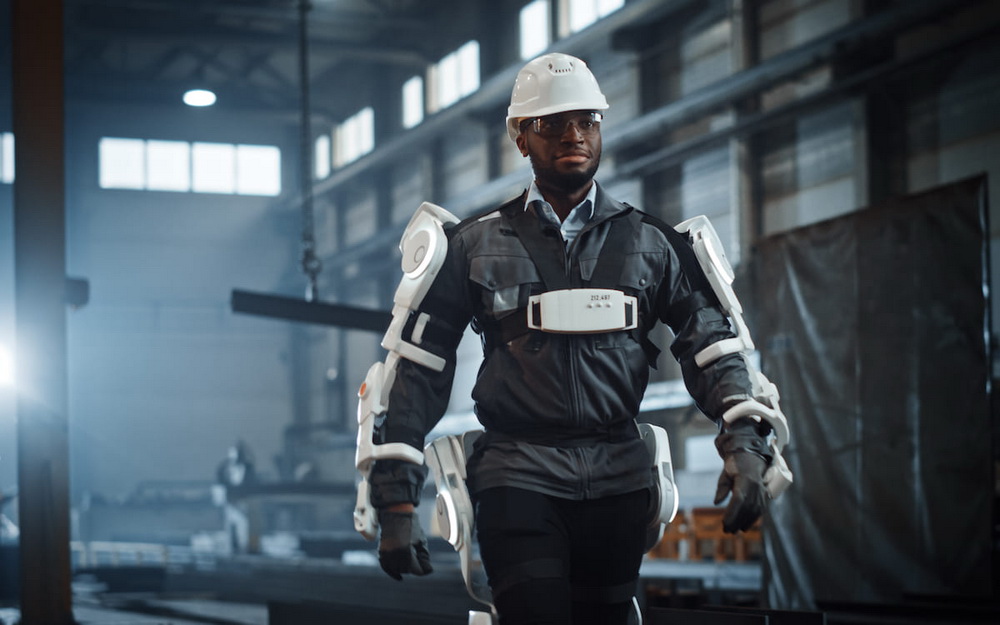 The exoskeleton can be used in industrial production. Source: shutterstock 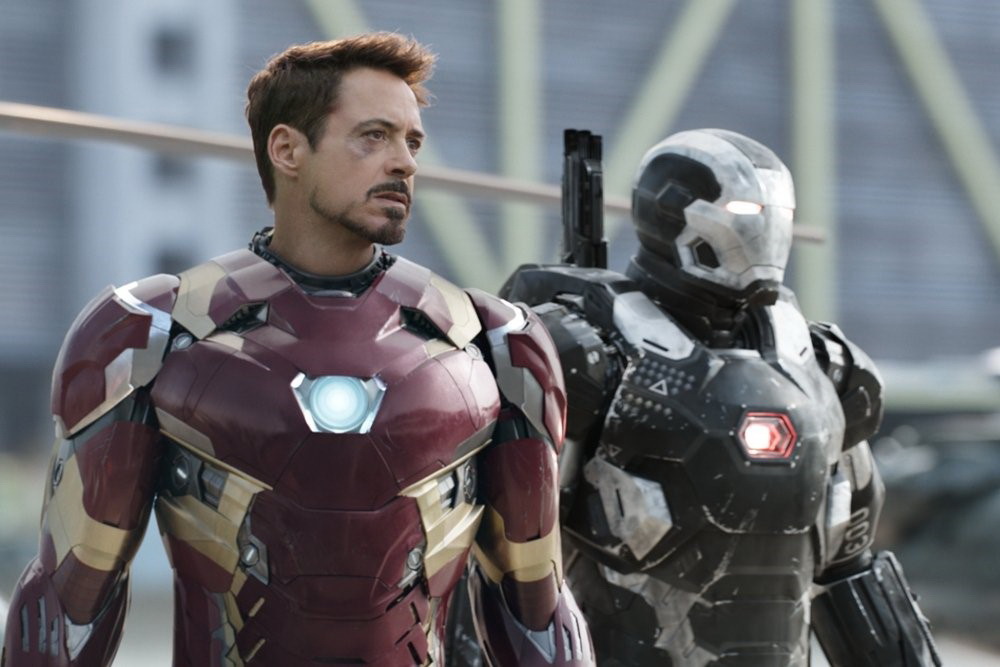